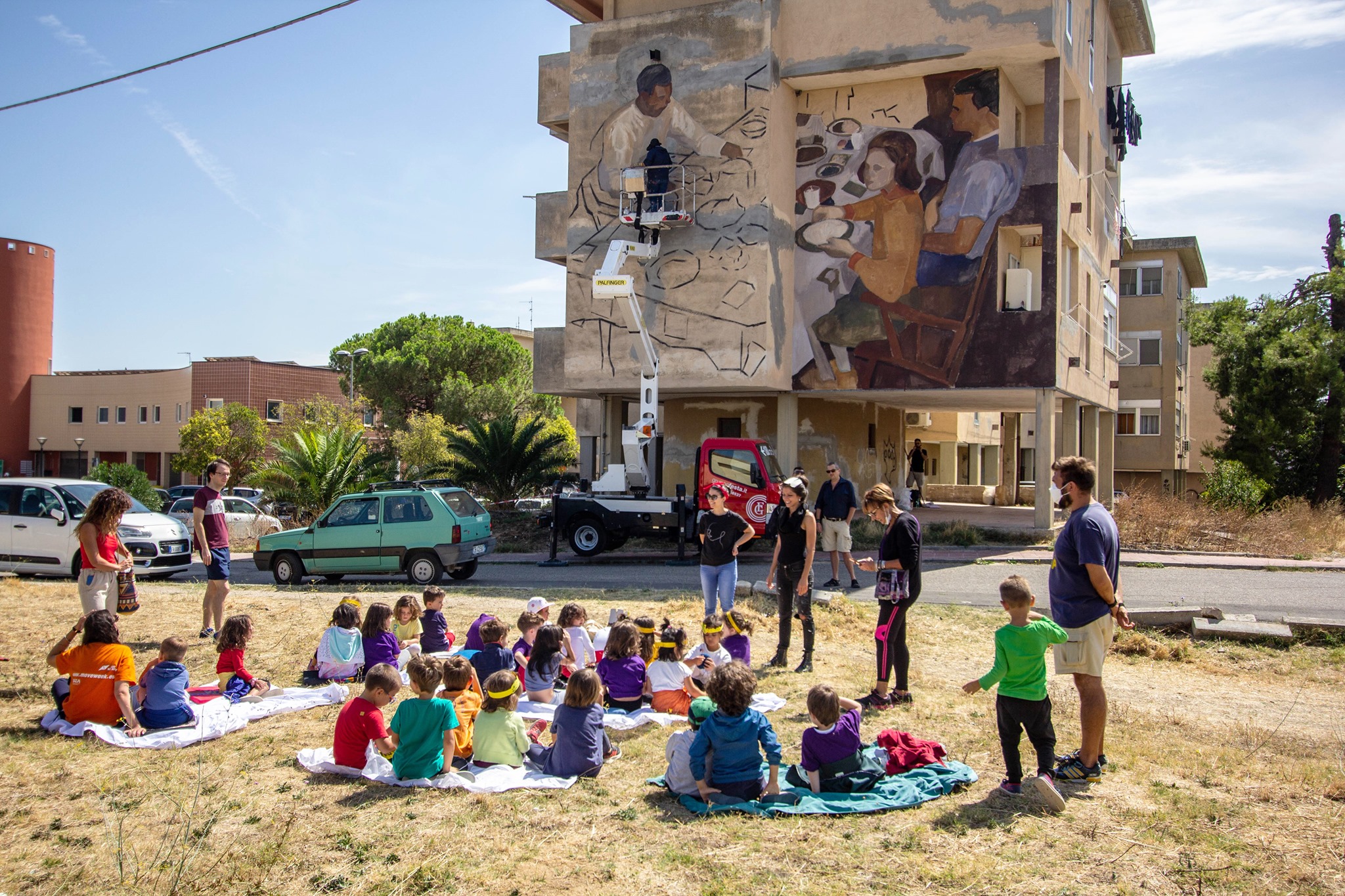 It is common to hear people around us saying that “I am jealous of…”, “I want to do it but I am too busy…” or “I want to do it but I do not have that innate talent…”, etc. However, sometimes “Your limitation, it’s only your imagination” which is also a motivational notebook, journal and diary by Martin Olimar in which the author encourages people to renew their mindset to change their lifestyle. People are aware of this mentality but how many people can successfully apply it? It is even difficult regarding the arts and creative sector because people suppose that it is just for some groups of individuals. However, creative arts are indeed for everyone and they can bring people abundant benefits, including improving our mood, self-esteem, cognitive function, social life and even alleviating stress and anxiety.

Talking more in detail about the improvement of local social life, the arts and creative sector can foster the community spirit regardless of age, gender, origin or social class. In Italy, it will be sadly missing if not mentioning Matera’s Atelier d’Arte Pubblica (MAAP), one of the few initiatives using public art to integrate newcomers to the country, as a significant example of active organizations trying to bring artistic and creative activities closer to everyone. MAAP was founded in 2019 by Stefania Dubla, a former curator at Paris’s Musée d’Orsay. Her team, including Stefania and other five gifted artists, successfully set the foundation for the public art fair in Italy. Here is some brief introduction about the team.

The distinct and broad background of each team member has helped MAAP be able to be inspired and set up diverse cultural initiatives since its establishment. While Stefania Dubla has both national and international experience in the curatorial field, with her background of studying contemporary art and architecture, Marta Lonzi shares the same interest, especially regarding independent cultural initiatives. Valeria Palleschi also shows a deep interest in public space and socially engaged art, and Mariantonietta Clotilde Palasciano indulges her passion for language and communication. She even has experience in meditation between artists and communities in multicultural contexts. That is not enough. Daniela Dubla, with many years of experience in the technology industry, deals with the digital implementation of artistic methodologies applied to public space. The team also has Sonia Lomartire who is responsible for public relations, management of project partnership as well as event organizations.

So, what has MAAP been doing? Firstly, the initiative that set the foundation for this non-profit association is UBUNTU – Arte pubblica in tour – Basilicata that encouraged the involvement of immigrants in public art activities. The team believe rooting migrants into local communities improves their job prospects and social wellbeing. Therefore, MAAP collaborated with a Barcelona-based street artist Mohamed L’Ghacham and 11 young migrants in three towns in Basilicata, a rugged region in southern Italy to work on 3 projects in 17 consecutive days in November 2019. The objective was to transform one building in each location with a towering mural. While L’Ghacham was painting the mural, the immigrants helped him propose objects to include in the design, mix paint and pick cards from a pack. This community spirit was also spread to other local residents, and they even emerged from their homes to offer fruit, coffee and limoncello. 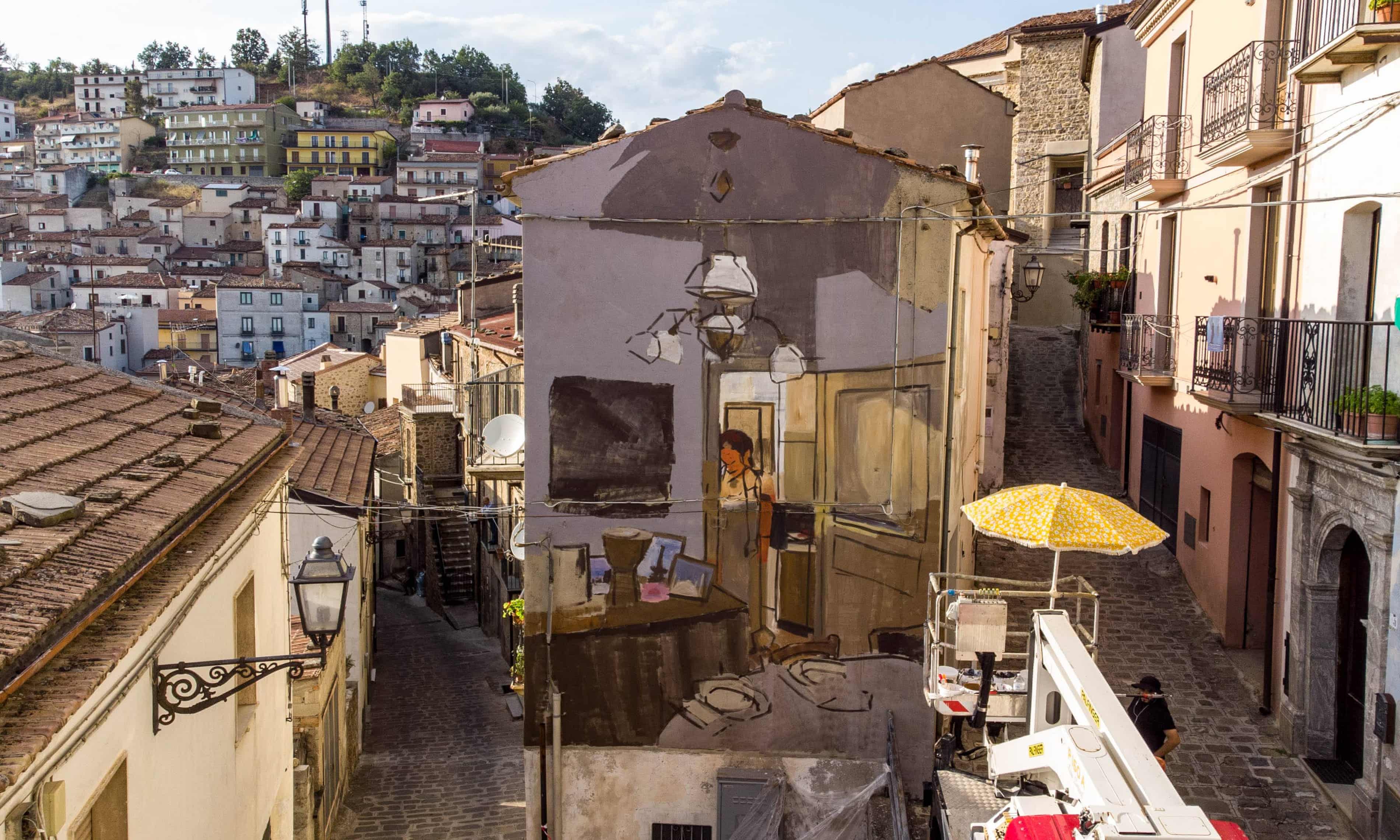 This initiative was also published in The Guardian newspapers, with the article named “How street art is helping young immigrants paint a brighter future in Italy”. Karim, a 17-year-old boy from Egypt said “The beauty of this scheme is that it brings people together” and “We may not stay in San Chirico forever, but now we have left our mark”. To young immigrants like Karim, L’Ghacham’s mural seems to be the symbol of their entry into Italian society.

Another project that is carried out is Un caffè in stazione – La fermata immaginata which can be understood as “A cafe station – The imagined stop”. MAAP wants to unite Italy with the time of a coffee taken amidst the hum of a railway station to talk to different people one by one about topics of #failure #disorientation #empathy. Throughout the month of May 2021, MAAP boarded the train from Matera to Fasano, Siena and the city of Reggio Emilia. After traveling through Northern Italy, MAAP brought a special coffee stop at the Festival appARTEngo di Stigliano, in the province of Matera in August 2021. With the same topics, people were offered coffee and welcomed to share their personal stories in what is considered home: the public space. With the help of tarot words and tangled skins, MAAP wove new configurations of environments between individual stories and collective stories, in a relative intertwining of meanings, spaces and people.

Moreover, in January 2022, MAAP hosted the Epifanie_Auspici sonori per un nuovo anno, which is so-called “Epiphanies_ sound hopes for a new year”, as a part of the SAI project of the Municipality of Castelsaraceno (PZ). The project aimed to celebrate the feast of the Epiphany in its most ancient meaning that is a propitiatory rite of rebirth after the past year, a moment in which the old gives way to new, a time in which new crops will be sown that will soon sprout. The classical sounds, contemporary and electronic music with folkloric influences were mixed with the voices of the #asylum seeker families in Castelsaraceno and other artists demonstrated the beauty of music that is beyond any language.

The initiative of street art that has been launched in 2019 is currently still MAAP’s primary focus. It is taking off and giving inspiration for many artists. It will also be rolled out beyond the confines of Basilicata this year, in the Emilia-Romagna, Lazio and Puglia regions in Italy.

Local consultations on the topic of arts-led SAP in Slovakia

“THE EUROPEAN COMMISSION SUPPORT FOR THE PRODUCTION OF THIS PUBLICATION DOES NOT CONSTITUTE AN ENDORSEMENT OF THE CONTENTS WHICH REFLECTS THE VIEWS ONLY OF THE AUTHORS, AND THE COMMISSION CANNOT BE HELD RESPONSIBLE FOR ANY USE WHICH MAY BE MADE OF THE INFORMATION CONTAINED THEREIN.”